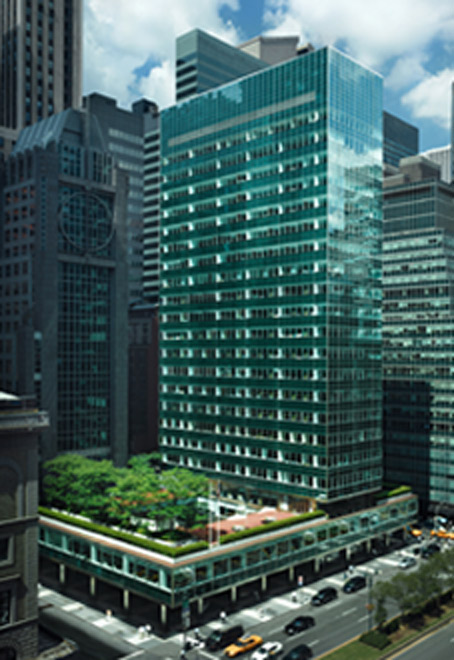 Landmarked 390 Park Avenue is located in the prime Park Avenue office district. It was designed by Gordon Bunshaft of Skidmore, Owings and Merrill and completed in 1952. As one of the first glass curtain wall International Style office buildings in the United States, Lever House continues to be influential in modern office building design even decades after its construction.

RFR acquired Lever House in 1998 and subsequently completed an award-winning renovation that included a new curtain wall and glass panels, as well as a successful leasing program. The 267,000-square-foot property consistently achieves market-leading leasing rates due to its favorable floor plans, iconic design and ideal location. It is also home to the acclaimed restaurant Casa Lever.