Michael Fuchs and Aby Rosen began investing in New York real estate during the recession of the early 1990’s.

While they are life-long friends who grew up together in Frankfurt, Germany, Fuchs and Rosen arrived in New York City separately. After earning a law degree from the Wolfgang Goethe University in Germany, Mr. Rosen took a position with Jones Lang Wootton in Manhattan, while Mr. Fuchs earned an M.B.A. at the University of Southern California before relocating to New York City. Fuchs and Rosen formed RFR in 1991 as the company began buying distressed assets from agencies, such as the Resolution Trust Corporation, which was liquidating assets held by troubled lending institutions.

With a fairly modest portfolio, RFR had the foresight to realize great value appreciation while improving its property operations, infrastructure, and aesthetic qualities.

“We acquired well-located development sites from lenders eager to dispose of assets taken back in foreclosure,” explains Rosen. “We also targeted under-managed office buildings, which in turn created tremendous value for these operating properties through proactive leasing programs and strategic asset management. “

This invaluable experience led to RFR’s ambitious acquisition campaign and a portfolio expanding to 18 commercial properties by the end of 2000, including the architectural icons, the Seagram Building and Lever House in the heart of Manhattan’s highly coveted Midtown business district.

RFR’s residential portfolio was launched with construction of the 300 East 64 Street development in 1994, during Manhattan’s recovery cycle before purchasing the Equitable Life portfolio of residential condominium and cooperative residents in 1996, which failed to sell during the real estate slow-down that started in the late 1980s. While generating profitable returns, RFR continued to sharpen its deal making skills, building an invaluable web of industry and capital markets relationships and earning a reputation for delivering successful investment results through smart, strategic and proactive property management and leasing.

In 2000, RFR began to diversify both by property type and geographic market, acquiring additional properties in the Greater New York City metropolitan area, as well as in Las Vegas, Miami Beach and Germany. RFR’s portfolio grew from a core base of office and residential to retail and hotel properties, providing additional capital to continue development efforts and repositioning across the hotel and retail sectors while maintaining an exceptionally vigorous residential development program.

Today, RFR is known throughout the real estate industry as an all-encompassing real estate developer, owner, operator, and sponsor with deep experience in all phases of property life cycles. With over 100 properties consisting of office, residential, hotel and retail buildings, RFR continues to acquire and reposition high quality assets as well as develop new architecturally distinctive buildings from ground up. 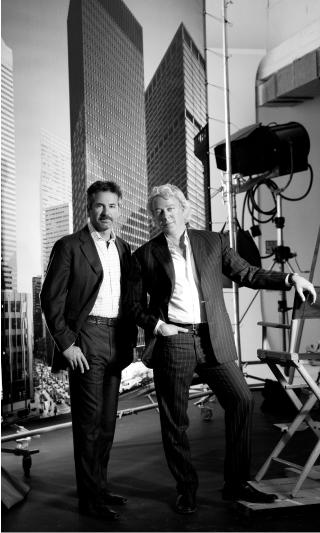