Lever House is a landmarked office building located in the heart of Manhattan’s prime Park Avenue office district between East 53rd Street and East 54th Street on west side of Park Avenue. The influential building was designed by Gordon Bunshaft of Skidmore Owings and Merrill and completed in 1952. As one of the first glass-walled International Style office buildings in the United States, Lever House had a major impact on skyscraper design for decades after its construction.

RFR acquired a long-term leasehold interest in Lever House in 1998 and subsequently completed an award-winning renovation (including a new curtain-wall and glass panels), as well as a successful leasing program. The property is currently 100% leased and consistently achieves market-leading rental rates due to its favorable floor plans and prime location. 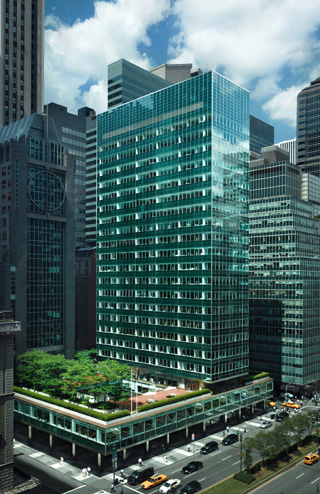